How useful is the Montessori method

Montessori education has existed for more than a hundred years. Such longevity may be due, at least in part, to its adaptability. However, by its very nature, of course, greater adaptability means a lower level of preservation of the original state. This article discusses evidence that children can benefit cognitively and socially from Montessori education. This type of education is true to the principles of its creator and is known for the fact that children spend more time with individual activities that attract their attention for a long time. Nevertheless, studies show that practical living materials can be usefully introduced into non-Montessori classrooms to help develop fine motor skills and attention span in young dads. There is ample evidence in the extensive educational literature that some elements of the Montessori method, such as teaching through a phonetic approach embedded in a rich linguistic context and providing a sensory basis for mathematics education, are effective ways of learning. It is not possible in this article to provide comprehensive information on all elements of Montessori training that could be useful. For example, the lack of external awards, the reduced emphasis on academic testing and the lack of competition between students. Also, the gathering of groups of children with a difference of up to 3 years, which encourages learning between different ages or the presence of a trained teacher in the classroom of the youngest students.

The question is, where is the place of Montessori education more than 100 years after its birth and more than 60 years after the death of its creator?

As other authors point out, Montessori is a scientist who really appreciates the scientific method and would not expect her educational method to remain static. Yet Montessori teachers often experience fear or uncertainty about the possibility of applying Montessori theories in new and innovative ways, while adhering to its basic philosophical principles. Ultimately, only empirical research undertaken by teachers and researchers can be considered credible, as the questions to be answered are empirical in nature. Neuroscientific research using neuroimaging methods that were not available at the time of Montessori may also play a leading role in the evaluation of the Montessori method. For example, Montessori predicted in his views that adolescence is a special time in our development, when a person needs a specially developed form of education to meet their needs. Recent neuroimages show that adolescence is indeed an important period for nervous development, especially in areas related to executive functions and social cognition. Montessori has not fully developed his ideas for training 12-18 year olds in his lifetime, but this is an area where current Montessori could take the reins. Although some Montessori schools accept students up to the age of 18, they are few and no evaluations of their effectiveness have been published. The development of Montessori education for this age group in conjunction with the best of our current knowledge of cognitive neurology in human development has enormous potential for development.

Montessori has not considered using her method in the elderly.

In the context of a rapidly aging population and a growing number of elderly people with acquired cognitive impairments such as those resulting from Alzheimer’s disease, it is interesting to note that the Montessori method has now been adapted. For example, the Montessori method is used on patients with dementia in order to improve the performance of daily activities such as eating and remembering. There is strong evidence to reduce eating disorders, weak evidence of memory strength benefits, and mixed evidence of benefits in overall patient improvement. However, the quality of research varies in different areas. Those who evaluate the effects on memory have been of rather poor quality so far and have not yet investigated whether there may be long-term effects. However, given the challenges of developing successful drugs for patients with Alzheimer’s disease, despite detailed knowledge of changes in their neurobiology, it would be prudent to continue the search for successful behavioral interventions along with medical ones. One method of providing Montessori-based activities for older people is through intergenerational programs through which older people with dementia are assisted in teaching Montessori-based lessons to preschool children. Benefits have been reported for affected adults 72, but whether children also benefit in such ways from intergenerational teaching has not been assessed. Nor is it known whether Montessori learning in childhood or Montessori-based activities experienced in later life can protect the executive control circuits of the brain, as has been suggested for bilingualism.

Perhaps the most obvious challenge that arises is the practical difficulty of randomly allocating students to Montessori schools and conventional schools to compare results. Most studies rely instead on trying to combine students and teachers in Montessori and conventional schools on a number of different variables, while unidentified factors run the risk of contributing to the difference in outcomes. Even if randomization is achievable, large-scale studies should be conducted to allow not only generalizations to be made outside the specific schools studied, but also to allow research on which children the Montessori method is most appropriate for. A more useful study would be whether the Montessori method gives better results when children study in special Montessori schools or the combination of the normal classroom and the Montessori method gives better results in children’s development. The evidence base can be further strengthened by referring to research studies that are directly related to the development of education. National and regional education systems are affected by regular staggers to one method of education or another. This means that elements of the Montessori method will sometimes be in vogue and sometimes not. That is why it is especially important for Montessori teachers to understand the evidence base that supports or does not support their pedagogy. 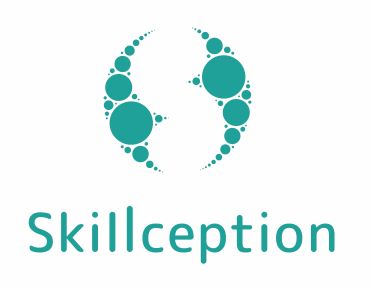